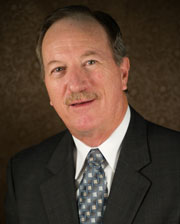 David Sharbutt, Chairman of the Board of Directors for Smartfield, served as Chief Executive Officer of Alamosa Holdings Inc. and Alamosa PCS Holdings Inc. from October 1999 to February 2006. Collectively, Alamosa raised over $1 billion in equity and debt during his tenure.

Sharbutt is involved in a variety of investments including real estate, telecommunications, restaurants, and technology development such as Smartfield where he serves as the Chairman and primary investor